Menu
Call Us
Find Us 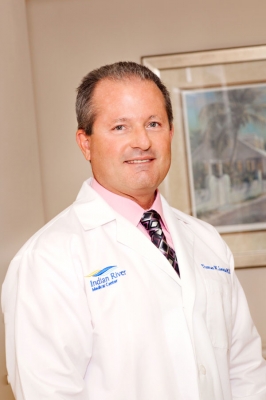 Dr. Lewis is originally from New Castle, Pennsylvania.  He graduated with high honors in 1985 from  Florida Institute of Technology, Melbourne, FL with a Bachelor of Science degree in Pre-professional Biology.  During 1985 – 1989 he was employed as a marine biologist at Harbor Branch Oceanographic Institute. He then received his Medical Doctor degree from University of Miami School of Medicine, Miami, FL in 1993.

Certified by the American Board of Internal Medicine in 1996, Dr. Lewis has been practicing in Vero Beach, Florida since 1999. He maintains privileges at both Indian River Medical Center and Health South Treasure Coast Rehabilitation Hospital.